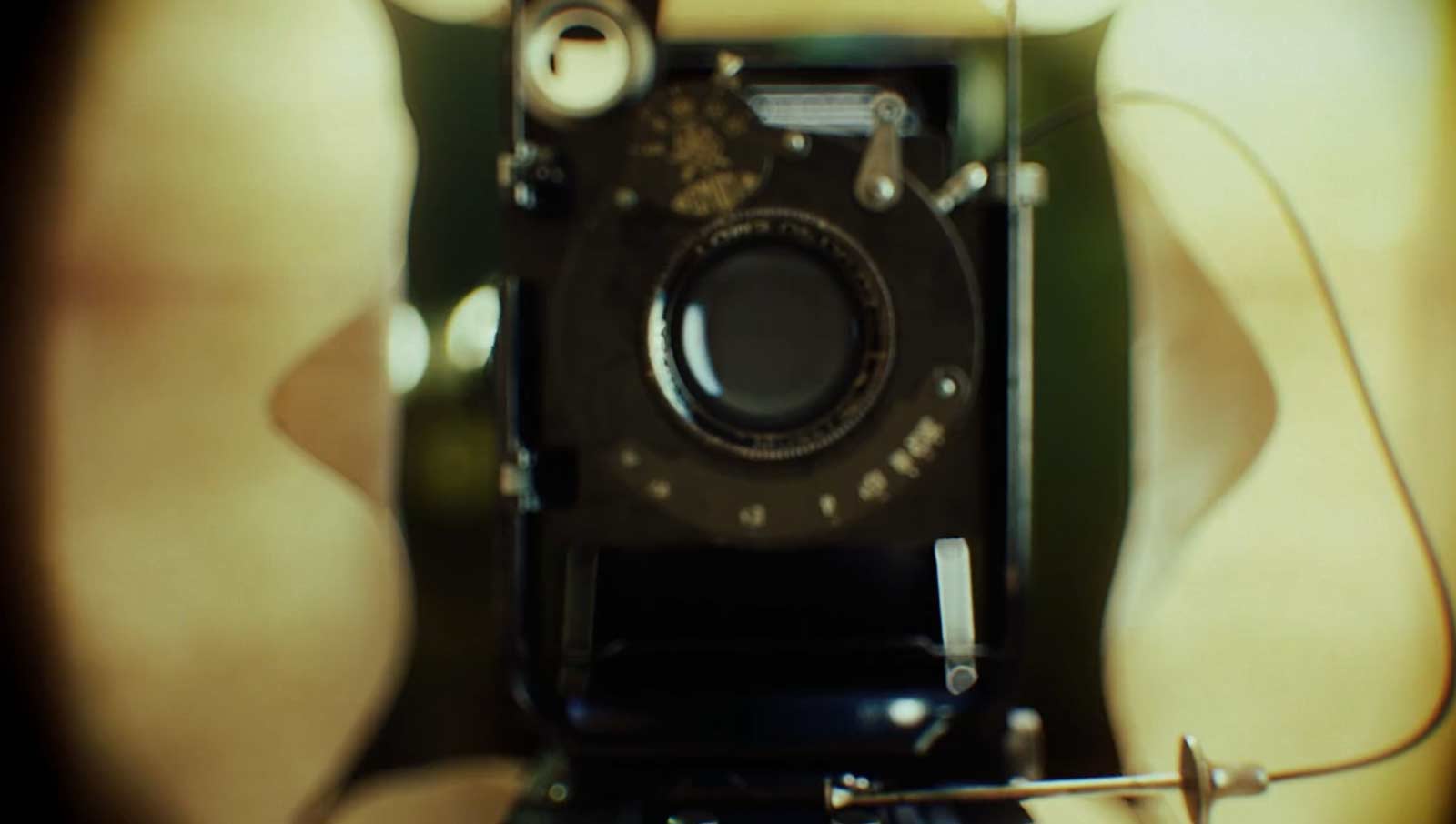 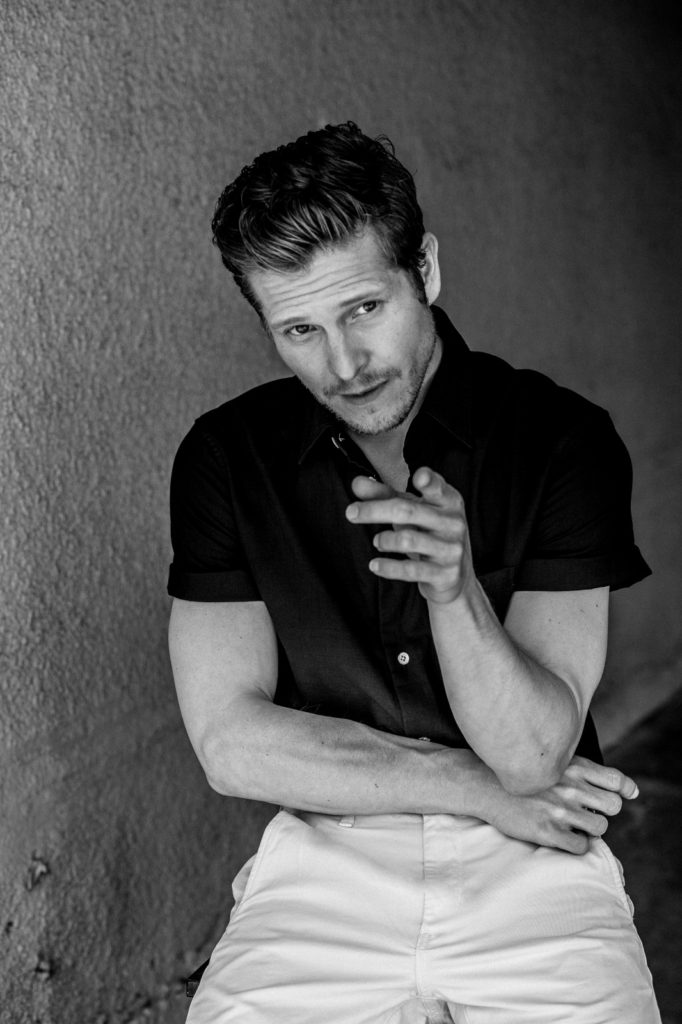 “Over the years, he has developed an impressive roster that includes a range of titles… It’s his capacity to bring depth to each of these roles that are evocative of his unique artistry.”

Matt Czuchry is an American Actor and Producer known for his work on The Resident, The Good Wife and Gilmore Girls.

MATT CZUCHRY graduated from College of Charleston with B.A. degrees in History and Political Science and was focused on making the study and practice of law his next path in life. However, a thorough contemplation of the true purpose of adult life ahead revealed that he could neither ignore the magical impact that stories and characters had upon his childhood nor the moments they had etched on his heart – moments like exiting a dilapidated movie theater while crying inconsolably after experiencing E.T. the Extra-Terrestrial for the first time or others spent running around the house in purple-dyed underwear, smashing couches while watching The Incredible Hulk on TV. Matt’s renewal of a longstanding passion for movies and television coincided with the arrival of “pretty awful LSAT scores” and propelled him further towards making an unexpected career choice. Soon after college graduation, on a perfectly nondescript September morning, Matt filled his car with everything he owned and embarked upon a westward journey from Johnson City, Tennessee to Los Angeles, California to take one of the most important risks of his life: the decision to pursue a profession in acting.

Just one month after making a life-changing drive to the West Coast, Czuchry found himself working with actor James Franco and writers Paul Feig, Mike White, and Judd Apatow in a small role on the critical darling Freaks And Geeks (1999-2000).  His memorable work on the acclaimed project blossomed into a recurring role of prominence in the Dawson’s Creek spinoff series entitled Young Americans (2000) co-starring actress Kate Bosworth.  Although the show was short-lived, Matt’s head-turning work on Young Americans garnered the necessary attention and praise to open new doors and further his early career pursuits, providing him with opportunities to work on outstanding projects alongside some of the best creative minds in entertainment such as David E. Kelley on his hit show The Practice (1997-2004) and the fan-adored movie Eight Legged Freaks (2002) starring Scarlett Johansson.

Czuchry’s next key television roles would propel him towards leading-man status early in his career: while playing swindling thief “Jamie Farrel” on the series Hack (2002-2004), he was able to hone his craft by learning from the show’s stars – Drama Desk Award Winner David Morse and Emmy® Award Winner Andre Braugher – which readied him for a breakout performance. Over the course of three consecutive seasons beginning in 2005, Czuchry embodied the role of billionaire newspaper heir “Logan Huntzberger” on the critically acclaimed hit Gilmore Girls (2000-2007), and his work on the beloved series would go on to be nominated for three Teen Choice Awards and garner press in countless magazines while building a loyal following worldwide.

After completing his three-year run on Gilmore Girls, Czuchry further developed his craft by choosing the unexpected direction of working in projects spanning diverse mediums of not only  film and television but also the theatrical stage, where he played the title role of “Woodson Bull III” (aka “Third“) alongside Oscar® Award Winner Christine Lahti in Wendy Wasserstein’s 2007 West Coast premiere of the play by the same name. He followed this performance at the Geffen Playhouse with a guest-starring arc on the Emmy Award Winning television series Friday Night Lights (2006-2011). For his next role, Czuchry took on the controversial lead character of “Tucker Max” in the film adaptation of the New York Times best-selling book I Hope They Serve Beer in Hell (2008). Although the public’s response to the comedy was divisive, Czuchry’s performance was lauded by critics such as Owen Gleiberman of Entertainment Weekly who wrote, “Matt Czuchry, in a star performance, plays Tucker like a Ferris Bueller who bloomed into a charming sociopath.”

Czuchry’s varied performances and choices across all genres in different mediums from 2007 to 2008 led to an offer from CBS Television/Scott Free to play the role of a manipulative lawyer on the Emmy Award Winning legal drama The Good Wife (2009-2016). His seven consecutive seasons as “Cary Agos” firmly established him as a leading man and a rising star – earning him prestigious recognition from both The Hollywood Reporter and Variety when named to their respective “Emmy® Contenders Lists” concurrently in 2015 – along with highest honors from Entertainment Weekly (Best Supporting Actor EWwy Award, 2011), three consecutive Screen Actors Guild nominations (SAG Ensemble Award, 2009-2011), and highest praises from numerous critics such as David Hiltbrand of The Philadelphia Inquirer who wrote, “Czuchry may be the best young actor on TV.”  Matt Richenthal of TV Fanatic further affirmed those sentiments by stating, “Cary is played brilliantly by Czuchry with the right combination of swagger, confidence, and vulnerability.”  Czuchry’s tireless dedication to his craft over the course of his career led to a defining performance on Season 6 of The Good Wife – one of television’s best shows – alongside multiple-award winners Archie Panjabi, Christine Baranski, Josh Charles, Alan Cumming, Julianna Margulies, Chis Noth, Michael J. Fox; Matthew Perry, and F. Murray Abraham.

At the end of Czuchry’s successful seven-year run on The Good Wife, he returned to play “Logan Huntzberger” on the much celebrated reboot entitled Gilmore Girls: A Year in the Life (2016). This Netflix-Exclusive series, comprised of four 90-minute seasonal chapters, reunited all of the original cast members and creators more than nine years after the show’s original television premiere; the stories and characters of this timeless series were again beloved by ardent fans and critics alike – Matt Roush of TV Guide wrote that the revival was “powerfully emotional… the new/old Gilmore Girls is almost ridiculously satisfying.”

With the success of Gilmore Girls: A Year in the Life, Czuchry once again found himself in the spotlight, receiving a myriad of invitations to conduct multiple television and press appearances, such as Live With Kelly, Harry, AOL Build, The Howard Stern Wrap-Up Show, and a photo shoot for the cover of Entertainment Weekly (just to name a few). The buzz-worthy attention and critical acclaim from the prestigious Netflix series, Czuchry’s loyal fan base, and his body of credited performances generated an organic momentum that thrust him into his next project: the leading role of “Dr. Conrad Hawkins” in The Resident (Prod. Antoine Fuqua, FOX TV, 2017-present). In this new medical drama, Czuchry’s character presents a revealing perspective on both the good and evil found within the modern-day practice of medicine with Bruce Greenwood, Manish Dayal, Emily VanCamp, Shaunette Renee Wilson, Kaley Ronayne, Anuja Joshi, Jessica Lucas, Morris Chestnut, Jane Leeves, Glenn Morshower, Andrew McCarthy and Malcolm Jamal Warner.

For his performance in The Resident, Matt has received the strongest praise of his career. Samantha Mimi Nguyen stated in a piece for The Laterals, “Matt Czuchry’s portrayal of Dr. Conrad Hawkins is brave, quick-witted, and pure, utter genius.” And in the Leading Man section of Maxim Jordan Riefe started his piece by saying, “Actor Matt Czuchry’s staring role on The Resident is set to launch him into the stratosphere.” These affirmations of his work in The Resident where personified in February of 2020 when Czuchry was recognized with the Entertainment Weekly/SCAD Maverick Award.

In the wake of “tanking” the LSAT, Matt followed his instincts and took a definitive risk to pursue his passion and purpose: creating impactful storytelling through the imaginative portrayal of unforgettable characters.  Today, Matt is grateful to be working in sought after roles with some of the greatest talents of film, television, and theater on some of the most desirable projects being produced today – all in an effort to make his own indelible mark on the hearts of audiences across the world. His completed works have laid the foundation for even greater pinnacles of achievement in the future; however, he remains cognizant that each new project choice must be more discerning than the last and that each new performance demands a higher level of excellence.